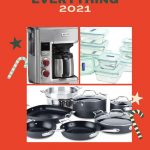 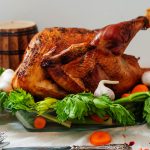 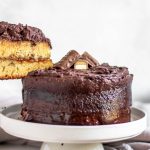 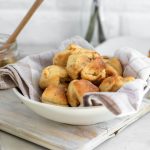 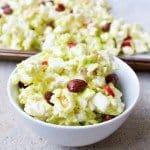 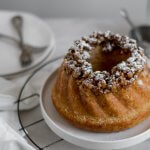 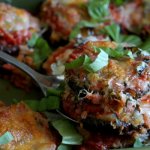 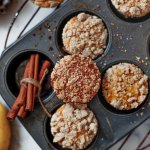 I have struggled for years trying to find the perfect brown gravy recipe.  I could never quite get the consistency that I was looking for.  My husband always let me know that mine was never as good as my mom’s, which thrilled my mom, but always frustrated me.  When I was growing up my mom would make Chicken, rice and gravy just about every Sunday in the Fall.  It was as if Fall meant football and Chicken, rice and brown gravy. Although it felt a bit mundane at the time, I now cherish that recipe, particularly the gravy. In fact, I spent several years attempting to nail that gravy recipe and am so finally excited to share my “Best Gravy Ever Recipe” with my readers!

The Story Behind The Best Brown Gravy Recipe EVER 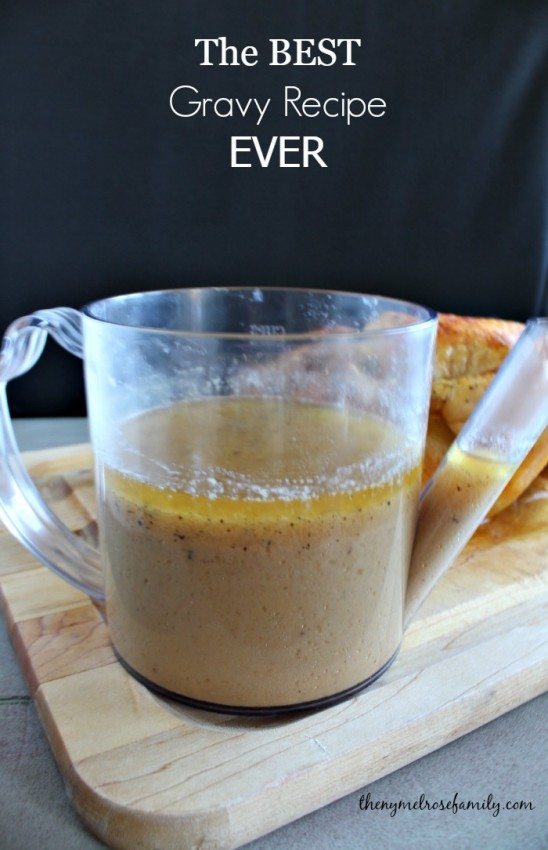 This recipe is largely constructed from my mom’s, but I finally realized that the consistency was an issue because she didn’t make a roux.  What’s a roux, you may ask? It’s the idea of mixing flour and fat together to thicken a sauce. It’s used quite often in gravy recipes.

So it hit me one day when I was making my Tomato Bisque soup that the roux was exactly what was missing in my mom’s brown gravy recipe.  Some of you might be face palming yourself at this point and saying, “Really?!”  But I’m telling you that for me it was a light bulb moment and it pulled together the base recipe into a complete culinary success! 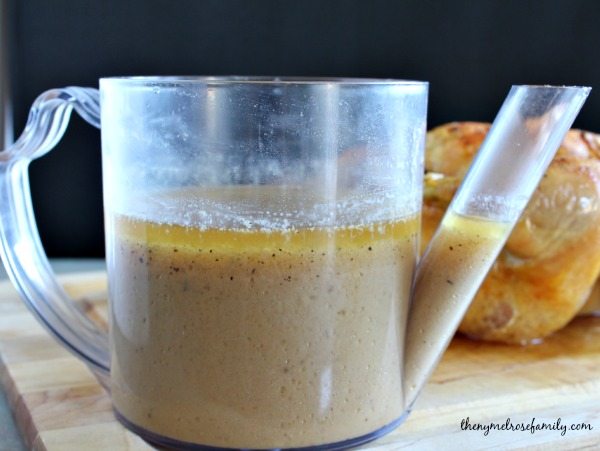 Some Tips About This Recipe

This gravy recipe not only works with a Roast Chicken, which I’ll be sharing with all of you later in the week, but also with my Perfect Roast Turkey Recipe that will have everyone singing your praises for Thanksgiving.

If you serve this gravy at Thanksgiving I would recommend using a gravy separator like in the pictures, but then also pouring it into a fun gravy boat. I want all of you to truly appreciate the color and consistency of the gravy, which is why I chose to keep it in the separator for the photos. Also, if you’ve never used a separator before then you NEED to get one and I’ve linked to a few options in this article.   It separates the gravy and the fat that rises to the top so that just the gravy gets poured out.

Finally, one reader had a great suggestion that you could actually make the roux the day before and store it in a container in your fridge. It’s a great way to cut down on time and pressure, especially during a crazy holiday like Thanksgiving with a house full of family. 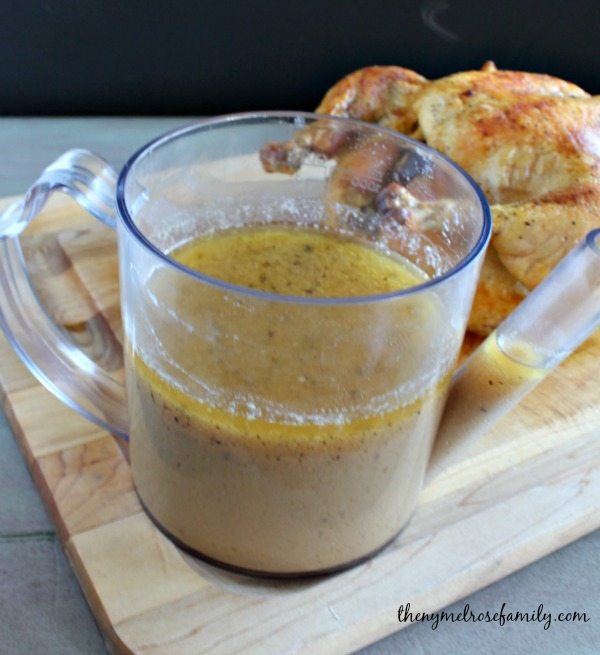 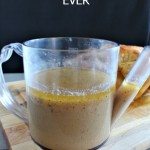 The Best Brown Gravy Recipe EVER

Some of my favorite dishes to make every Holiday include this healthier take on a traditional corn casserole, these delicious balsamic glazed brussel sprouts and my all time favorite garlic creamy mashed potatoes.

17 thoughts on “The Best Gravy Recipe EVER”