Let me start out by saying that I am super excited because Picmonkey has added their collage feature.  I edited photos this morning and this feature was not available, but it's there tonight.  I absolutely love it!  It is so easy and it makes the collage look fabulous.  Read on and see.
Tomorrow will be our first time swimming this season.  My plan is to have Riley swimming by the end of the summer.  Here's hoping.  We are celebrating Memorial Day tomorrow so I whipped up some American flag cupcakes.  I picked up the cupcake liners and flags in the dollar section at Target.  I know it seems like I live there, but I swear I get there maybe every other week.  I just always seem to strike gold in what I find. 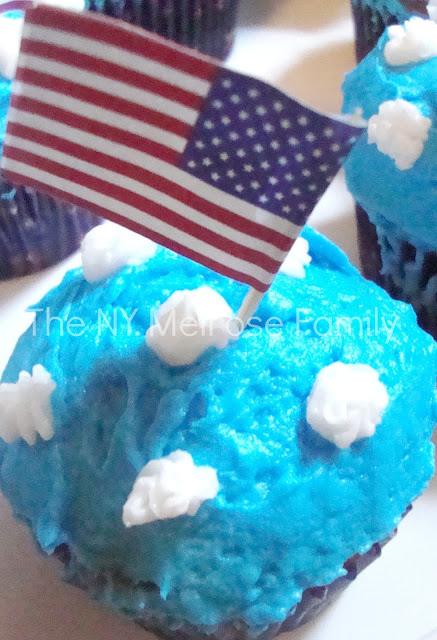 The best part about these cupcakes is the inside because I literally made it an American flag.  The inside has red and white stripes, which I made from coloring the half of the white cake mix red. 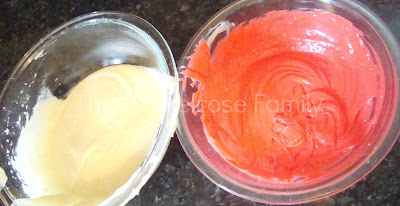 Here's my collage.  LOVE!  I layered the cake mix red, white, red into the cupcake liners.  I love the red of the cupcake. 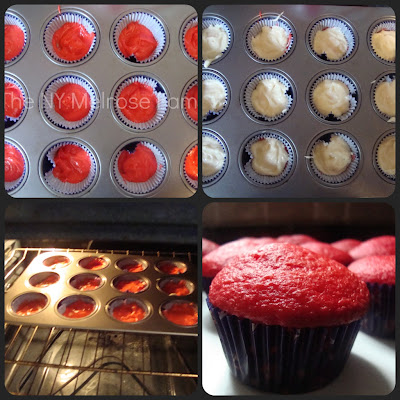 I colored the buttercream frosting blue.  I would have liked a navy blue, rather than sky blue but it works and it's what I had on hand. 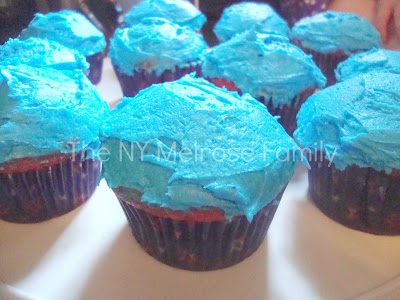 I then added white buttercream stars onto the top of the blue just like the American flag. 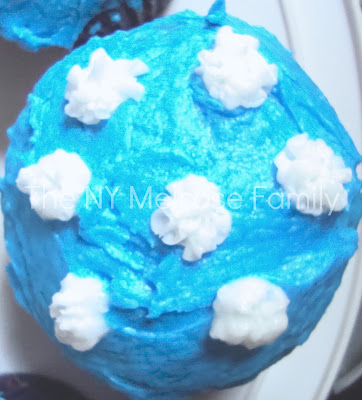 My assistant then added the American flag to the somewhat center of the cupcake as a final touch. 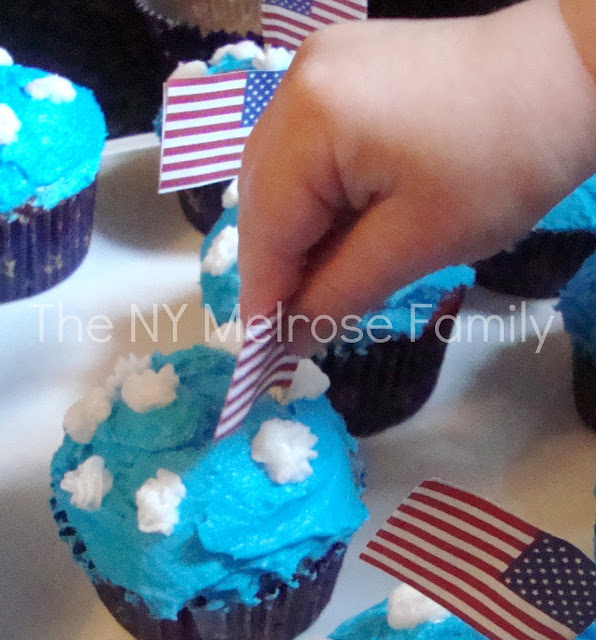 I love the way the stripes came out.  Red and white stripes with white stars on a blue background.  We remember all of those who have served and do serve our country so that we can live the life that we lead. 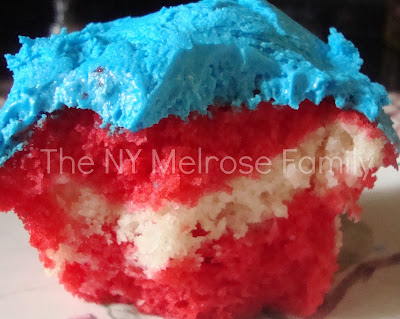