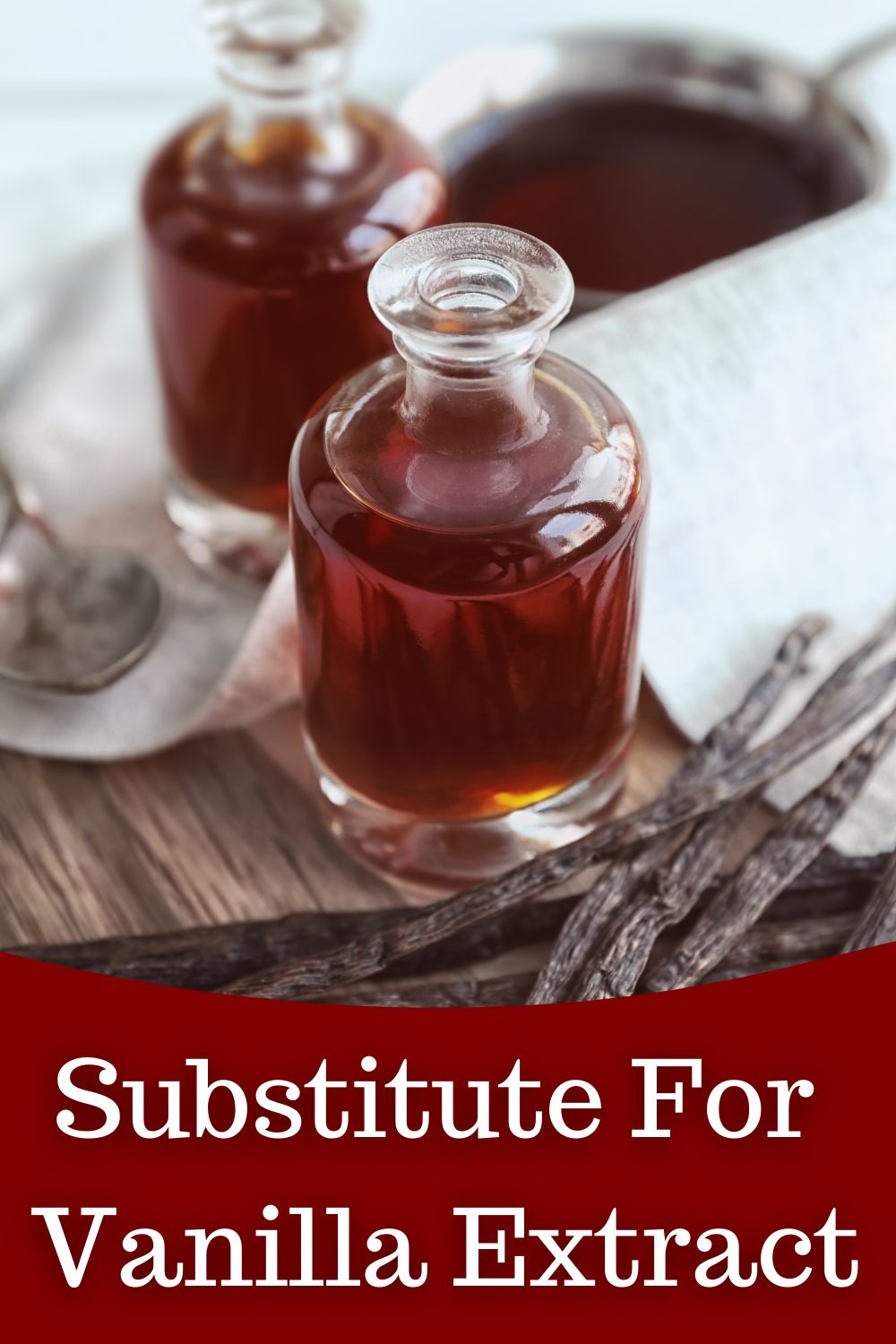 These brilliant substitute for vanilla extract can be used any time you find yourself out of this precious baking commodity. From other forms of vanilla to good old-fashioned liquor, you can create a unique depth of flavor for any recipe when you don’t have vanilla extract nearby.

Where does the vanilla flavor come from?

The vanilla flavoring that goes by the name vanilla extract has been rumored to come from something called castoreum, which is made of several excretions from beavers. Don’t run away—most vanilla extract these days doesn’t use castoreum, but instead uses extract from the actual vanilla bean itself, which gives vanilla its distinctive scent and flavor.

Where does artificial vanilla come from?

When buying vanilla extract, you might notice that some brands call it “imitation vanilla extract.” This means that instead of extracting vanilla from the vanilla bean, vanillin is used. Vanillin is a chemical compound that is added into the base of alcohol which imitates the vanilla bean extract flavor. Other additives tend to be used as well to replace the original flavor.

Which is the best vanilla extract?

Mexican vanilla extract is also sought after, because Mexico is the original source of vanilla plants. Its aroma tends to resemble spicy-sweet-woody flavors such as clove or nutmeg.

It turns out that there are a plethora of different solutions when you are halfway through a recipe and discover that you don’t have any vanilla extract in your cupboard. What follows are different substitutions for vanilla extract that can be used with commonly had products.

The idea is to add the same depth of flavor as vanilla extract does, whether you are adding this with alcohol, a spice, a zest, or any other ingredient. These substitutions leave out using natural vanilla pods, because chances are, if you’re out of vanilla extract, you likely don’t have a supply of vanilla bean pods just hanging around!

Each of the following can be used to replace vanilla extract, without any recipe or mixture needed.

7. Spice, such as Cinnamon or Nutmeg

How to substitute vanilla extract

When substituting bourbon, rum, or brandy for vanilla extract, you can use the same amount. The liquor base in these ingredients mimics vanilla extract very well and offers a similar aroma.

Even Honey is an ideal substitute for vanilla extract. Using the same amount works great, and, as with maple syrup, you may need to cut the sugar in the recipe slightly.

Using citrus zest (lemon is the most common, with orange or lime also being used) is a different way to replace the enriching flavor that vanilla extract offers. Zest offers a pop of fresh acidic flavor. You can add the zest in the same amount you would the vanilla extract.

Finally, adding in a baking spice is another great way to create a more complex flavor profile to your baking without using vanilla extract to do so. When vanilla is not the main component to your flavors, adding cinnamon or nutmeg is a worthwhile way to add another layer of flavor. Just start small with a pinch to ¼ teaspoon and go from there.

Making substitutes for various ingredients is fun, challenging and a skill that definitely comes in handy when you are missing something in the kitchen. We love doing it and sharing with our readers!

If you are looking for more substitute ideas to make your recipes healthy and hassle free check out our Top Soy Sauce Substitutes and these homemade Substitute For Worcestershire Sauce.

Also, if you love vanilla as much as we do, here's another great recipe for a homemade vanilla sugar scrub that you're sure to love!

Vanilla extract can technically keep indefinitely due to the alcohol base that preserves it. You will want to use the vanilla extract within five years to get the most flavor out of it.

You should always keep vanilla extract sealed in a cool, dark place and not in the refrigerator or freezer.

Vanilla bean paste usually includes actual bits from the vanilla pod, so the resulting vanilla flavor is much more prominent and/or intense.

Can you skip vanilla extract in a recipe?

Although, recipes such as vanilla ice cream are the only types of recipes where vanilla is the star, so skipping vanilla in those recipes might not be worth it.