Hi Everyone! This is Aida from The Crafting Foodie, and I'm so excited to be back at The NY Melrose Family sharing this whimsical, easy, and delicious Ultimate Layer Snack Cake. So, I know the world "ultimate" is a little loaded. Okay. It's really loaded. But this Ultimate Layer Snack Cake is made up of three of my all-time-favorite sweet treats: chocolate chip cookies, Rice Krispie treats, and brownies. Making it the ultimate treat.

When my kids have play dates, I like making an after school snack. I'll ask my girls what they'd like to have, and it's often a argument between chocolate chip cookies, brownies, and Rice Krispie treats. But, then I realized, why do we have to choose just one? Why not put all three treats into one Ultimate Layer Snack Cake?

You'll notice that the Rice Krispie treat layer is a little thicker than the rest. That is simply because Rice Krispies treats are pretty darn popular in my house. I make a pan of them, and they're usually gone in an afternoon. That's saying a lot for the picky eaters in my house. And of course we added a few tablespoons of sprinkles to the Rice Krispie treats because sprinkles absolutely belong on a cake that's dubbed the Ultimate Layer Snack Cake. How can any cake be ultimate without sprinkles? 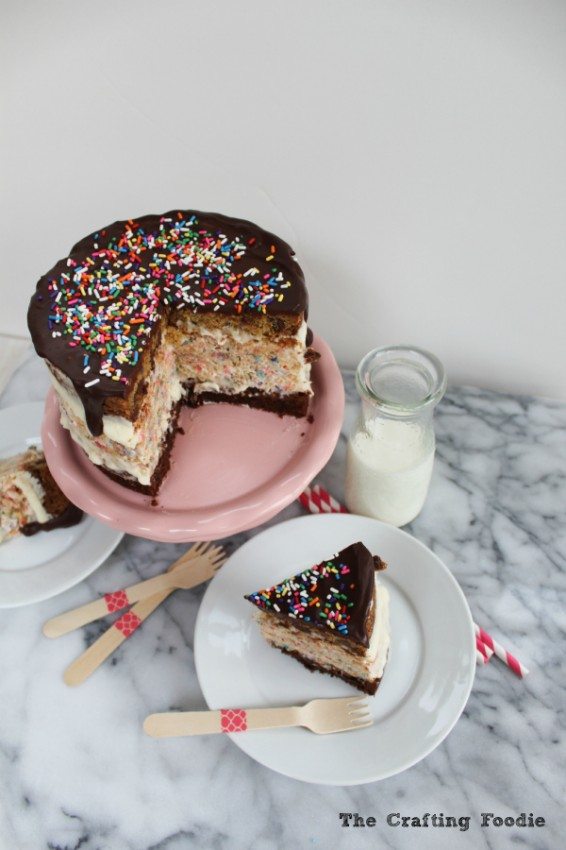 The brownie and the chocolate chip cookie layers are good ol' fashioned recipes. Nothing unusual or unique about them, except the fact that they're made in such a small amount. And honestly, it took me three tries to get the brownie and chocolate chip cookie recipes just right. Reducing the size of a recipe is way more difficult than it seems - especially when eggs are involved! But all the experiments and trials were well worth it because this cake will not disappoint. I promise. 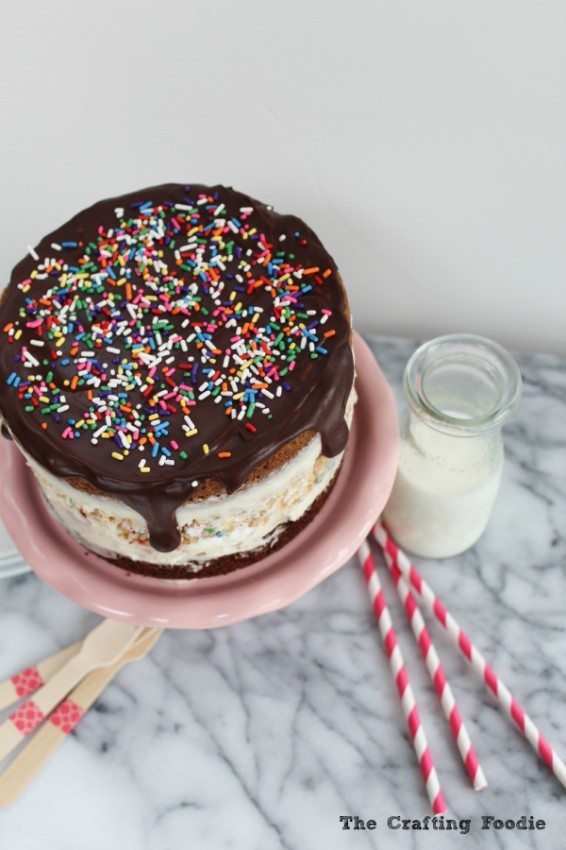 One of the best parts about this Ultimate Layer Snack Cake is that it's perfect for sharing. You can cut a slice and each person can take which ever layer they'd like, or you can do what my kids did - eat the entire slice yourself! 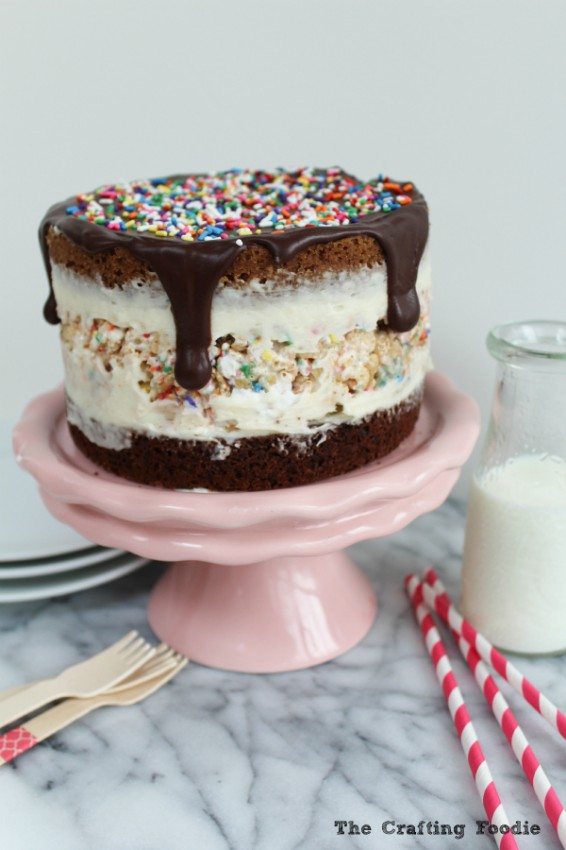 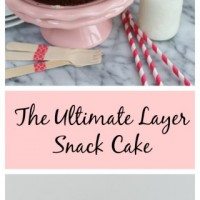 If you're looking for a few more delicious recipes, you can find me At The Crafting Foodie where I share decadent treats and healthy, easy meals, or you can follow me on Facebook, Google+, Pinterest, and Instagram. For more snacking inspiration, check out these sweet treats: 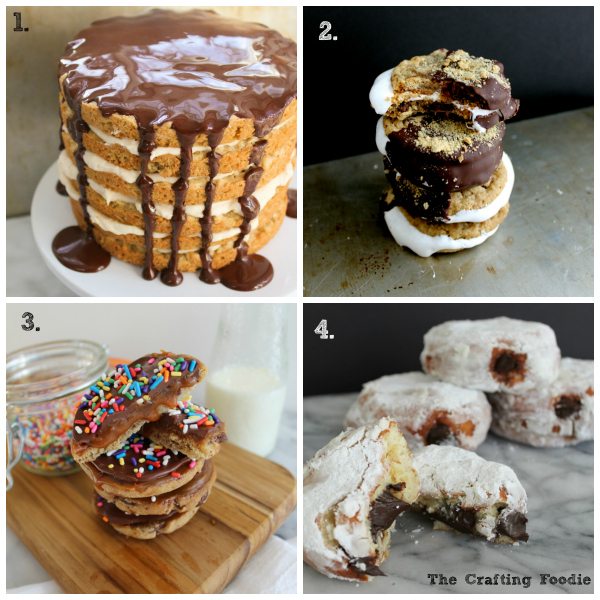