As of late, I've gotten a ton of questions about social media.  Whether it's Twitter, Facebook, or my newest favorite G+.  I have to admit that I'm a bit of a junkie.  I just love the fact that I can find out the latest updates quick and easy.  When I first started diving into social media, I would drop off a post and run.  I didn't understand the importance or value in sticking around.  We've all heard the recent buzz about Klout and our "influence".  I want to try to break this down a bit.  There's a fancy mathematical equation that they have for figuring out your influence and it appears to be changing weekly, but here's what I'm realizing.

1.  You are viewed as influential if your post to social media (Twitter, Facebook, G+) gets an interaction.  There are weighted points though for that interaction.  I'm going to list them in increasing importance to your influence.

* The major difference is the G+ affects your SEO as well as your influence, which is why I've included a couple extra tips about G+.

3.  There are universal symbols that can help with interaction across social media.  The @ symbol can be used in Twitter, Facebook and G+.  The @ works best in Twitter and G+ because it alerts the people that you are talking about. Facebook does not.  The # symbol can also be used in all three, but is much more effective in Twitter and G+.  The purpose of the # symbol is to make your post searchable so you want to use something that someone might search for.  For example, if I had a cupcake recipe I was sharing I would make sure to include #cupcakes & #dessert.  The # symbol also gives us a way to follow a conversation, whether it's a Twitter party or a conversation on G+.

4.  Here's why I LOVE G+.  It takes the ease of posting a quick thought (Twitter) and makes it easy to post pictures or video to get a visual image.  It's all about attracting people to content of value. 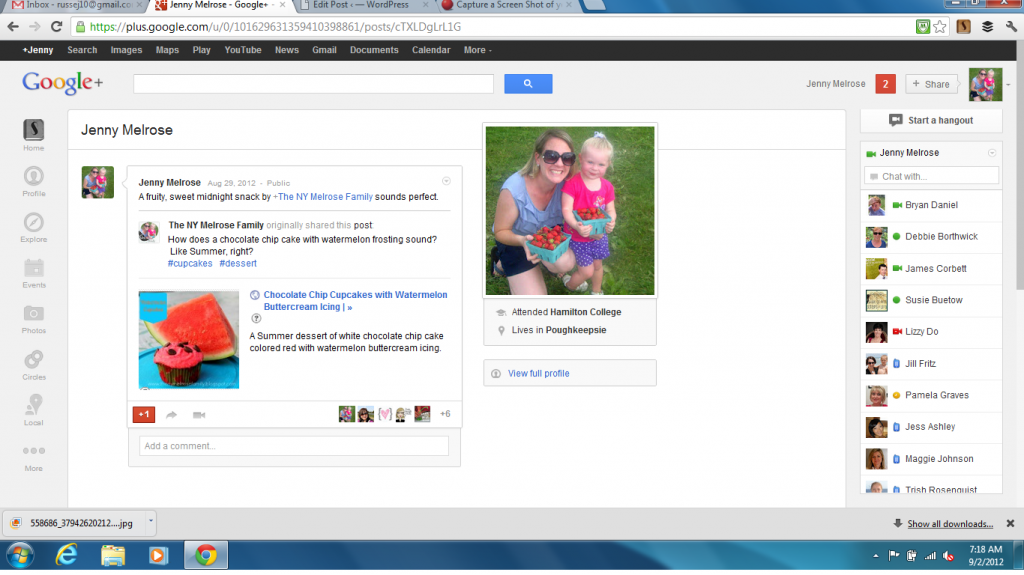 The overarching point is that G+ takes the best of both worlds (Facebook & Twitter, plus adds in a little Pinterest).  The number one reason you NEED to be in G+ is because it not only affects your influence, but it affects your SEO.  In a nut shell, this means that it makes your posts more searchable in Google, which in turn means that people are more likely to find you!

Here's the great news!  I'm co-hosting a G+ Blog Hop on September 8th.  So mark your calendars and make sure to join in.  It's a great way to start creating a good base of people to follow.  If you need help with how to get started or to create a business page, check out my tutorial. 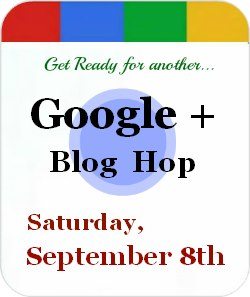