I clearly have a thing for cupcakes.  I love being able to take a tried and true favorite food and turn it into a cupcake.  It doesn't matter if it's fruity, like my Blueberry Lemonade Cupcakes or inspired by a chocolate bar, like my Baby Ruth Cupcakes.  It's all about making it into an individual sized bite of heaven and I definitely did that with these Strawberry Cupcakes with French Vanilla Icing and packaged in an adorable mason jar.  They're just perfect for a cookout! 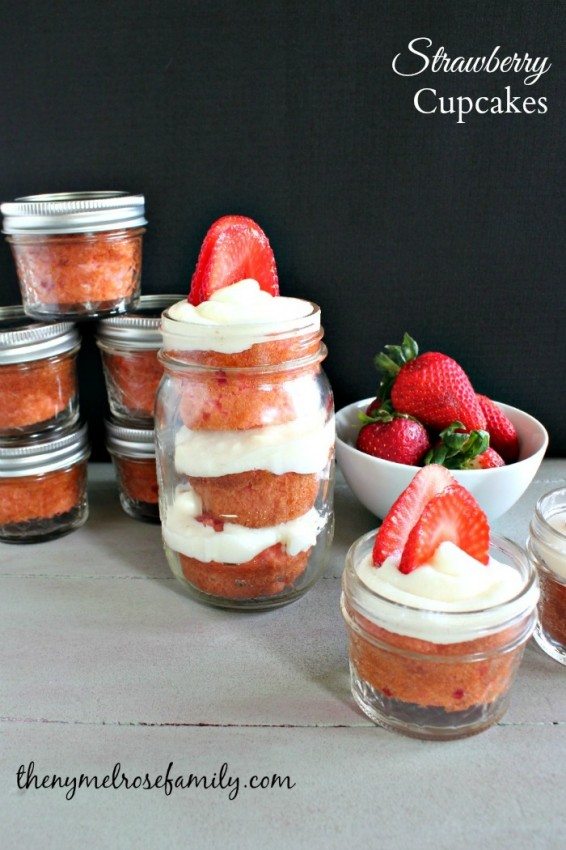 It's become known in my extended family that when we have a get together that I'm usually bringing cupcakes.  The kids look forward to it, but you can totally tell that my sister and sister-in-law do not because they're not looking forward to the mess.  Have you ever watched a child eat a cupcake?  It's as if they think they should always start from the top, which is always straight frosting.  Sugar high much?  They also end up with it all over their face, which in turn means all over their clothes and whoever gets the lucky duty of cleaning them up.  Yipee!  Well, I'm combating the mess with these adorable mason jar cupcakes.  I originally used the idea for my Apple Pies in a Jar, but cupcakes makes even more sense! The kids ate the half pint cupcake with a spoon and so did my very happy sister and sister-in-law who devoured the pint size cupcakes.  Yep, that's three cupcakes!  It's like a large slice of cake though, right?  Both of my sisters can afford it though so I'm certainly not going to calorie count for them.  They deserved it after running after their children all day and you do too! The best part about these is that they are so easy!  The trick though is to make sure that you spray your cupcake tin with baking spray so that they pop out nice and easy.  Also, be sure to let the frosting refrigerate for a bit before icing the cupcakes so that it can stiffen up.  No one likes runny frosting, even if they're only being put into a jar to be packaged. 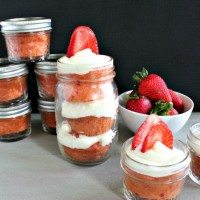 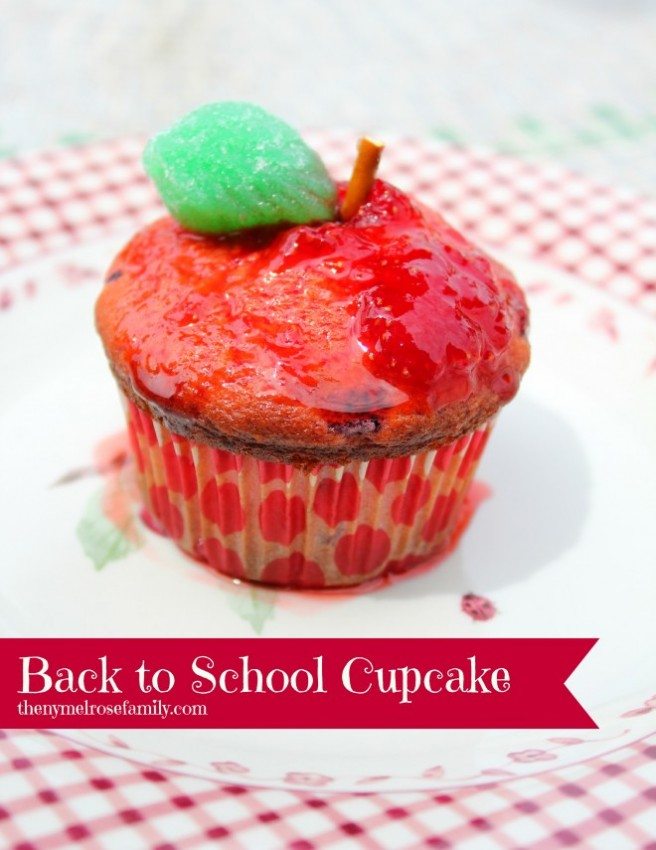 Back to School Cupcake