Fall can't come fast enough for me over at That's My Home. I moved to Florida at the beginning of the year and this is my first summer in Florida and it has been so hot! I've been patiently waiting for the temps to go down but now I am beyond ready for that to happen. I bought some apples last week in anticipation of Fall. I was thinking if I started cooking Fall recipes I could at least pretend it was cooler. I love the smell of apples cooking especially when they are coated with cinnamon, which is why this Caramel Apple Bread Pudding is such a huge hit.  I went outside just to come back in the house so I could get the full effect of that smell when you walk in the door. Okay I know that is a dumb thing to do but I did it and now I have told on myself. 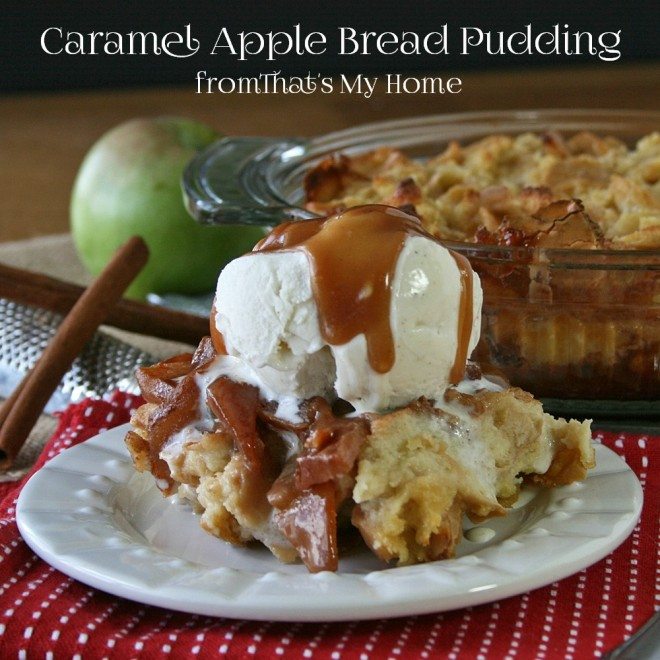 I used Granny Smith apples for this bread pudding because I wanted an apple that would hold its shape. You could also use McIntosh, Courtlands, Johnagolds and Fuji's are a few that I can think of right away. The kind of apple you pick is pretty important as some apples are best just for eating, some are great for baking like the ones above because they hold their shape and others are best used for applesauce as they cook right down. Great apples for applesauce include Red Delicious, Gala, Fuji, Winesap, McIntosh, Yellow Delicious and Mutsu's. If you go to the apple orchard check with them and see if they sell seconds, these are usually odd size apples and may not be perfect in appearance. When you are making pies and applesauce that doesn't matter and it might save a few dollars. 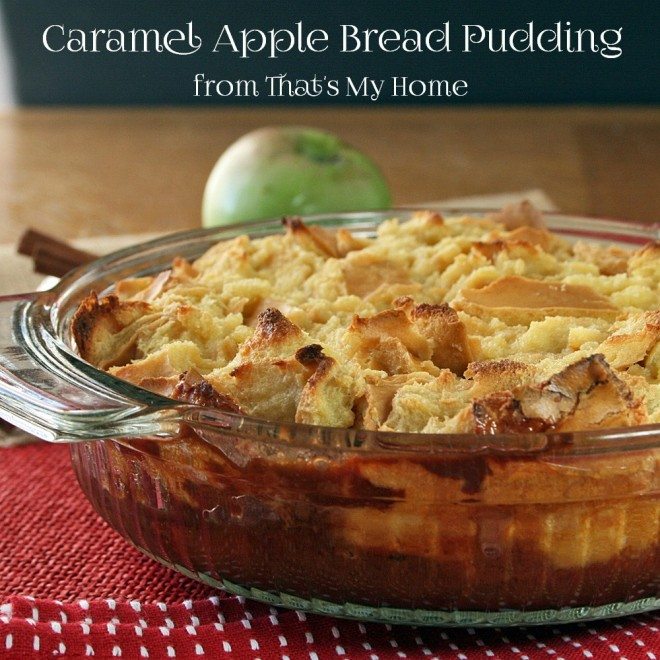 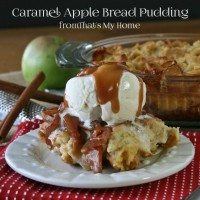 This French Apple Cake is one of the best apple cakes I have ever made. I look forward to it every fall and once you make it I bet you will too.

Maybe you would like to try these delicious Apple Cinnamon Muffins? Fresh apples with a hint of cinnamon makes these perfect with a cup of coffee in the morning. 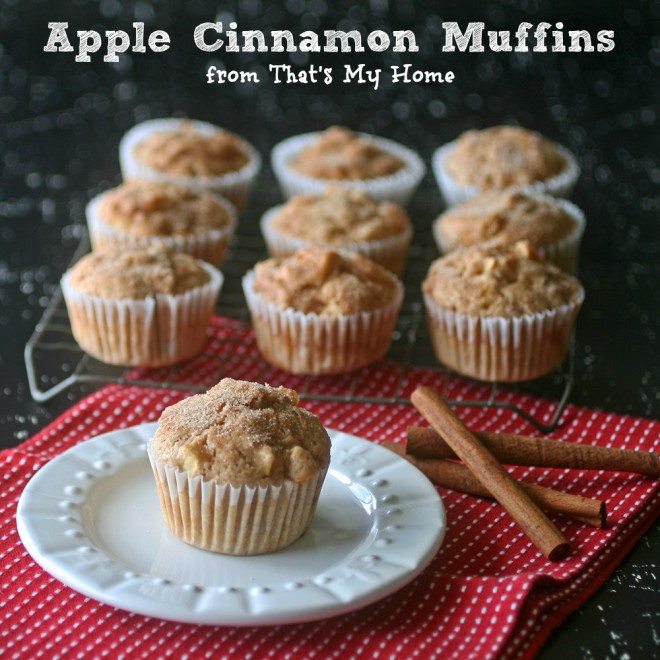 Mary Ellen is the writer and creator of That’s My Home, Recipes, Food and Cooking, and Razzle, Dazzle Recipes. Mary Ellen loves to cook and bake and learned to cook watching her grandmother, mom and aunts in her grandmother’s busy kitchen. It was a magical place where it seemed as if the pot never emptied and there was always room at the table for one more. It seems only natural that she would love to cook and bake so much. She worked in her uncle’s restaurant all through school and continued on a culinary path for about 15 years including being a pastry chef at a big hotel. She even owned a bakery for a short time.
Facebook//Google+ //Pinterest//Twitter
Pin
Share
Tweet
49Shares
« Shabby Chic Princess Party
Parenting: Surviving Toddlerhood »