I can't believe that I've gotten through the Summer and I still haven't shared with you Riley's Shabby Chic Princess Party.   Yes, she turns five in a couple of months.  Give a mama break!  I loved everything about this party.  The colors were soft and girly and we easy to bake with.  I made everything and had a blast tying in crafts that worked for her little friends with everything from crowns to necklaces to princess ornaments.  It was a fabulous party. 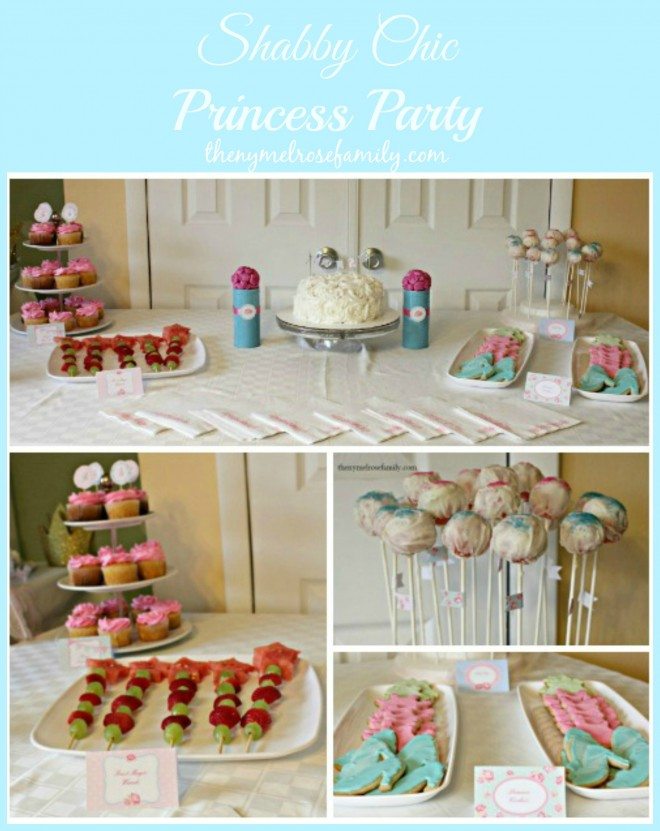 The dessert table consisted of a  Rose Cake with my Buttercream Frosting.  The cupcakes were also frosted using the buttercream frosting.   The other desserts consisted of princess shaped sugar cookies and strawberry cake pops, which were extremely similar to my Lemon Cake Pops, but substituted strawberry cake mix for lemon.  For a healthy snack choice, I had my Magic Wand Fruit Kabobs. My daughter's birthday is three weeks before Christmas so to keep the guests busy I like to create a Christmas ornament.  For her three year old party, which was a Cupcake Fairy Party, we created cupcake ornaments.  This year we created something a bit more princess like. We created a Princess Ornament Craft that came out gorgeous.  I used glass bulbs because that was all I could find, but I would highly recommend going with plastic bulbs.  I love how it came out and it looked gorgeous on our tree. When the guests first arrived they received their party favors.  I try my best to make sure to include a boy option for my daughter's very girly birthday parties.  My nephews definitely seem to appreciate that. We had  Princess Party Favors that consisted of medallion necklaces and pins, which took about ten minutes to create all of them. I also had DIY King's Crown Party Favors, which were so easy that I was even shocked.  Plus, they held up fantastically. 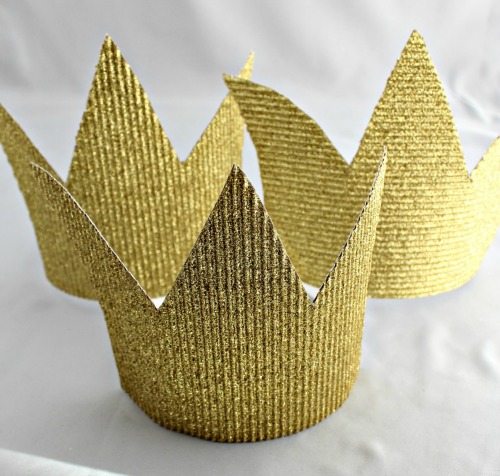 My little four year old princess was definitely a happy camper.  We finished off the party with a fun game of pin the lips on the frog, which my daughter thought was extremely funny since she had just since The Princess and the Frog. All of the printables were from SunshineParties.