×
My two year old talks a big game, but she normally doesn't come through.  For example, she talked up a storm about sitting with Santa, but then she wouldn't go near him with a ten foot pole.  Over the weekend we were in VA at the mall with my in-laws and Riley talked a big game then too, but she'd only wave to the Easter Bunny.  So when we were on our way to the mall to pick up her Easter dress, I thought nothing of her telling me she was going to go see the Easter Bunny and sit on his lap.  Low and behold she came through!  Well, almost.  She didn't end up on his lap, but close enough right?! 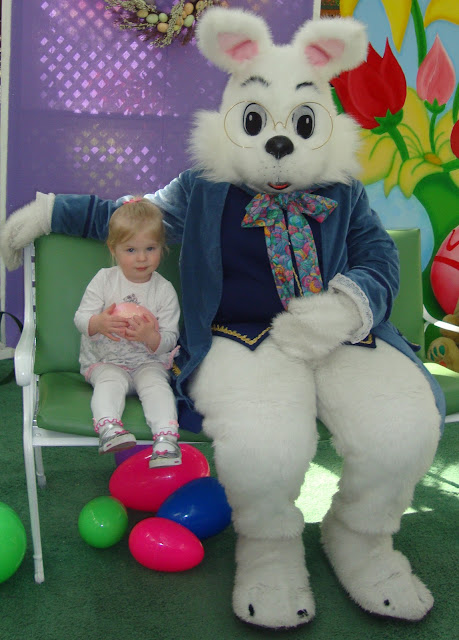 So after conquering the Easter Bunny (and yes I bought the ridiculously priced pictures at the mall even though I clearly got a good shot, just because I was so excited) this mama needed to get her cupcake baking on.  We had to have a cupcake for the Easter Bunny.  Riley and I made carrot cake cupcakes with cream cheese frosting and a carrot on top. 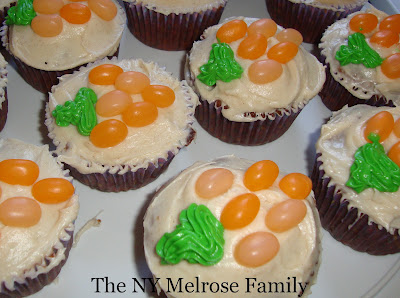 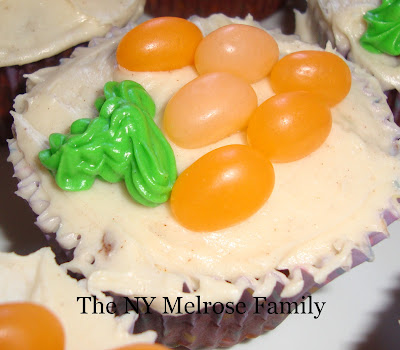 They are delicious!  I'm sure the Easter Bunny will love them! 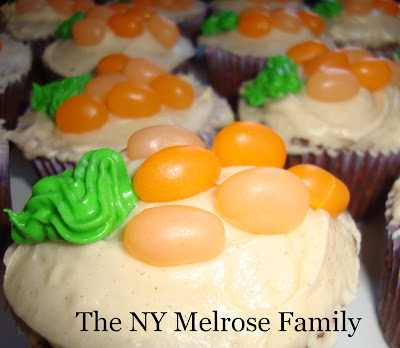 I'm normally not a big fan of frosting unless it's buttercream, but this was great.  I used the recipe from Half Baked Baker and adjusted it to the amount of milk that I needed to give it a creamy texture.
Cream Cheese Frosting:
8 oz softened cream cheese
½ cup (1 stick) softened butter
1 lb (4 cups) confectioner sugar
¾ tsp of ground cinnamon
½ tsp vanilla extract
milk as needed for the consistency you want
Now what do I leave the Easter Bunny to drink?
Pin
Share
Tweet
« Salmon with Dijon Sauce
Sausage Pasta Primavera »