These Goal Post Football Cupcakes are perfect for football season. They're simple to make, and they are a great addition to any football themed gathering! 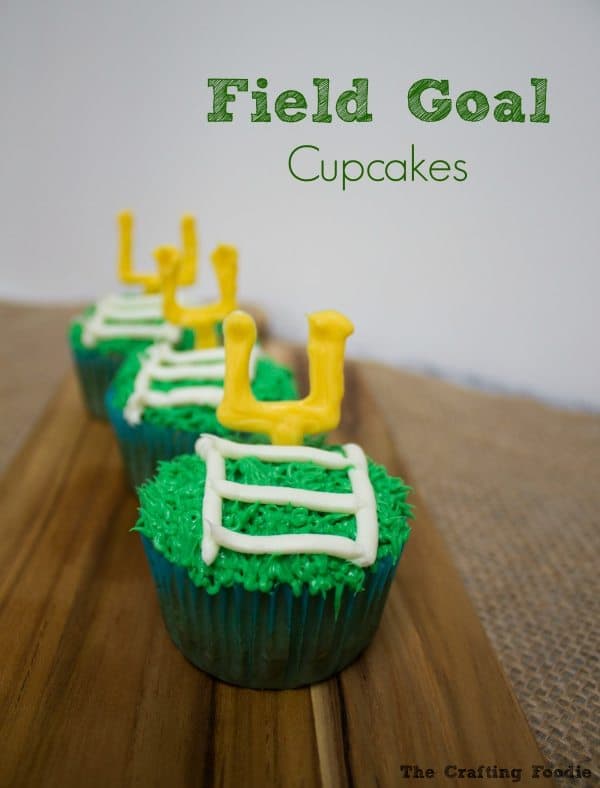 I live in Boston, so the year is pretty much divided in two - football season and baseball season. You can throw ice hockey in there, but the Bruins are seriously overshadowed by the Patriots and the Red Sox.

With football season in full swing, I'm in Patriots country, and I'm no Patriots fan. (All of the New Englanders out there are saying "boo" to me right now, and everyone outside of New England is probably smiling as they read this.)

I'm a Chicago Bears fan. Yes. I'm a glutton for punishment (I'm also a Chicago Cubs fan - the team that's notoriously bad. The only team that I like that's actually really good is the Chicago Blackhawks.) My kids though, they're a different story. They love the Boston/New England teams. 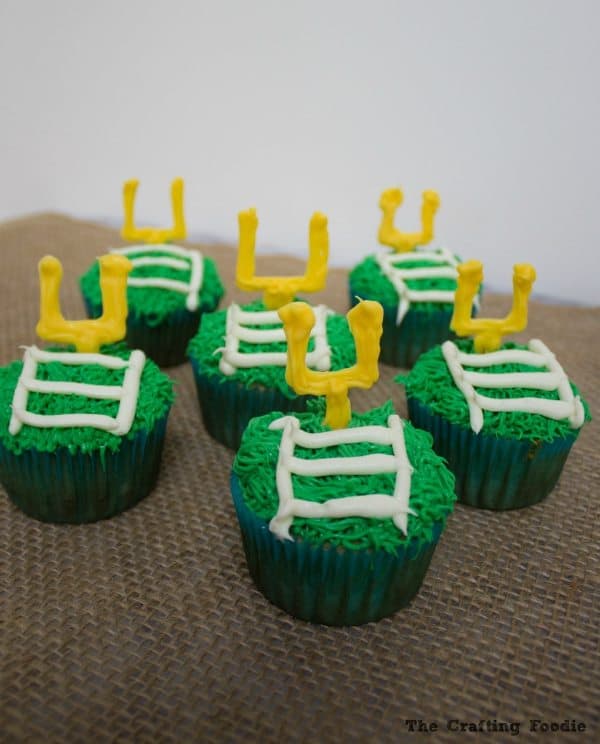 On opening day last year, the kids at my daughter's school were asked to wear Red Sox gear or colors. My husband and I tried to convince her to wear her Cubs hat since it's the same colors as the Red Sox. She refused. We were crushed. We even tried to bribe her with a new Lego set. She still refused. Then she proudly proclaimed her devotion to the Red Sox. (Ugh. Just writing that makes me cringe.)

But sports are sports. Choosing your favorites is part of the fun. It makes football season that much more fun in our household.

Speaking of fun, these Goal Post Football Cupcakes are so festive, and they're the perfect football themed addition to any dessert table. 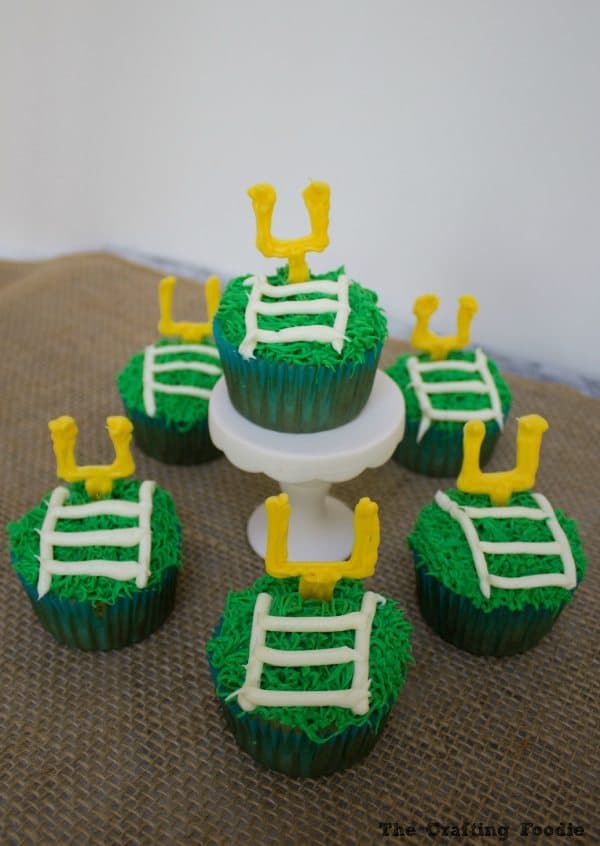 The field goals are simply made by piping candy melts into the shape of a field goal onto a sheet pan lined with wax paper. Stick them in the fridge, and once they harden, they are ready to go.

To assemble the cupcakes, I simply placed a small slit on the top of each cupcake, insert the candy melt field goal into the cupcake, and then I frosted the cupcake.

The "grass" frosting is simply vanilla frosting tinted green and piped with a #233 tip. A #233 tip is simply a tip with multiple openings, so when you squeeze the frosting out of the piping bag, it looks just like grass. Then using left over vanilla frosting I piped the yard lines on to make it look more like a football field. 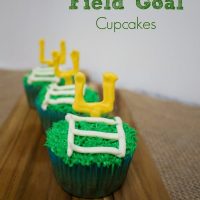 These Field Goal Football Themed Cupcakes are perfect for football season. They're simple to make, and they are a great addition to any football themed gathering!
No ratings yet
Print Pin Rate
Prep Time: 45 minutes
Cook Time: 14 minutes
Total Time: 59 minutes
Servings: 18

To Assemble the Field Goals

To Assemble the Cupcakes

If you love these easy and festive cupcakes, check out some of Aida's other creations at The Crafting Foodie: 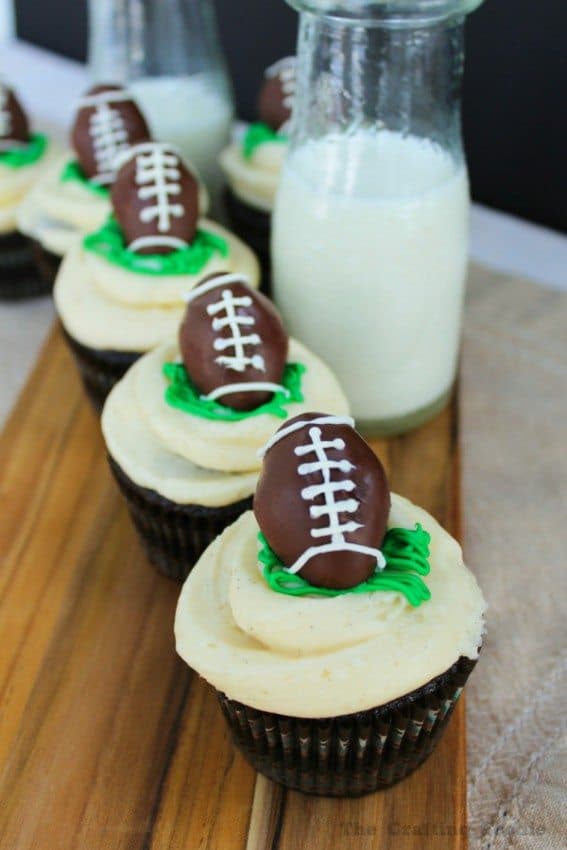 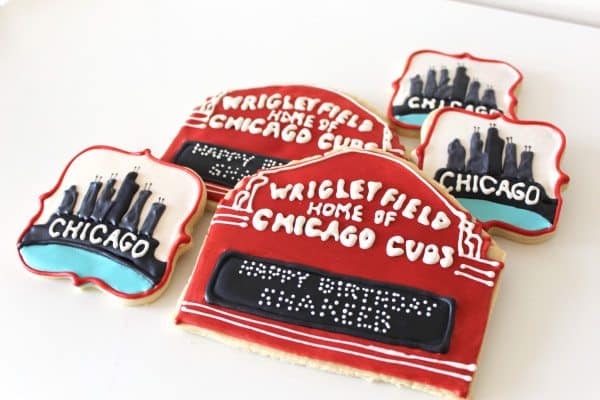 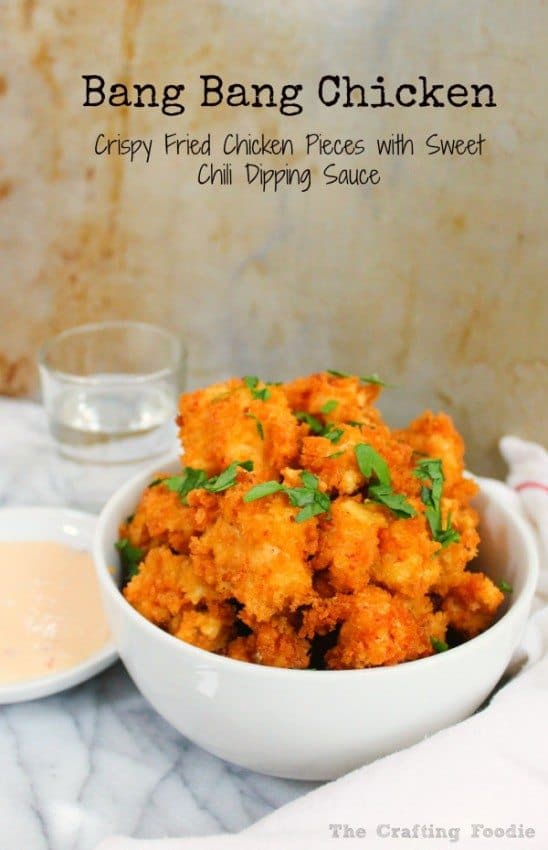 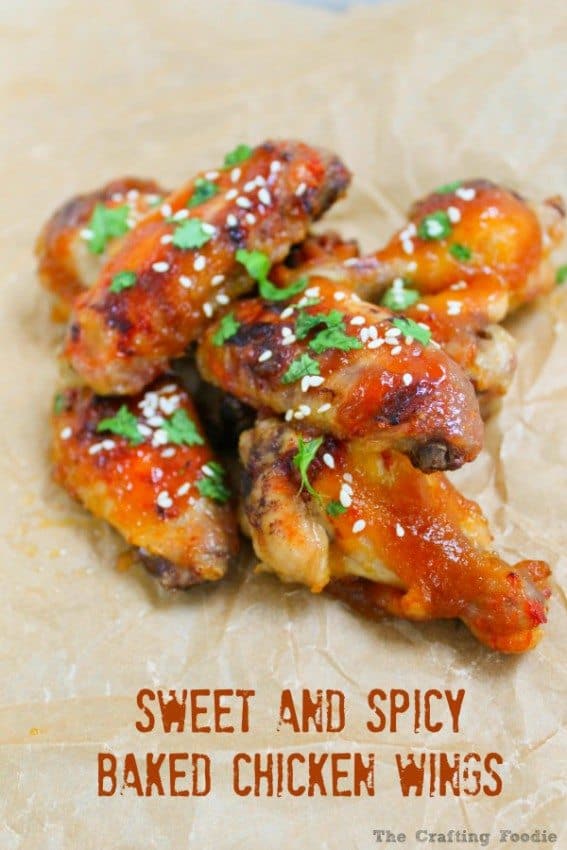