If my pants would let me, I would wake up every morning and eat a cupcake.  Unfortunately, I do not have the metabolism of a nine year old so it's not an option, but a girl can dream right?!  When I do decide to splurge I make it well worth it.  For example, our Oreo Cupcakes.  Some serious drooling goes on over those.  These Raspberry Jello Poke Cake Cupcakes with buttercream icing are the perfect light cake flavoring with decadent frosting. 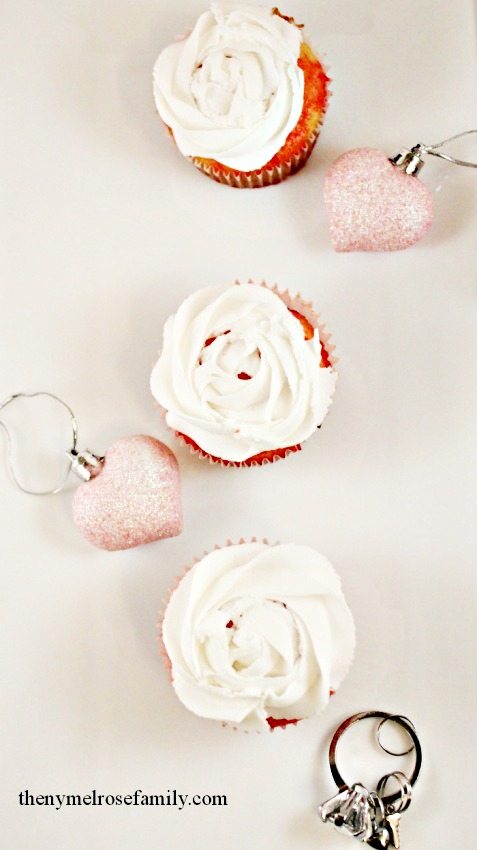 I tried a different way to flavor the cake with these cupcakes.  I used yellow cake mix and baked the cupcakes according to the package directions.  After they cooled I poked holes using a fork into the tops of the cupcakes to create poke cake cupcakes.  That's the pink color that you see on the actual cake. 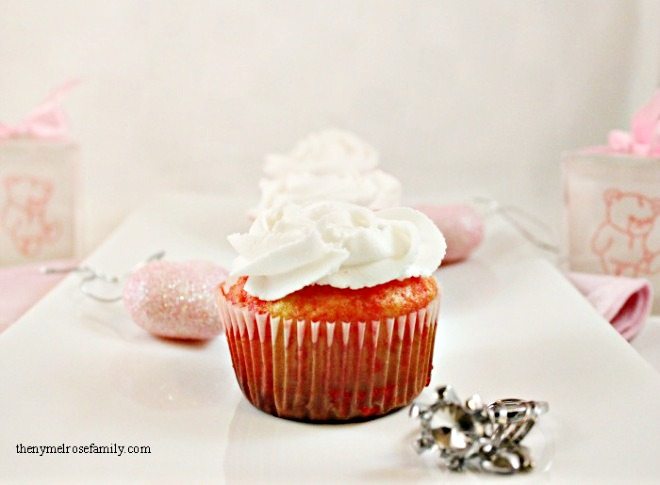 To create the poke cake layers of the cupcakes, you'll need a 3 oz. package of Raspberry gelatin Jell-O, which you'll add to one cup of boiling water.  Stir the mixture until the gelatin is completely dissolved and then add ½ cup of cold water.  I used a brush that you would use with bbq sauce to brush the mixture over the poked cupcakes.  You'll then need to refrigerate the cupcakes for at least 3 hours before frosting them. 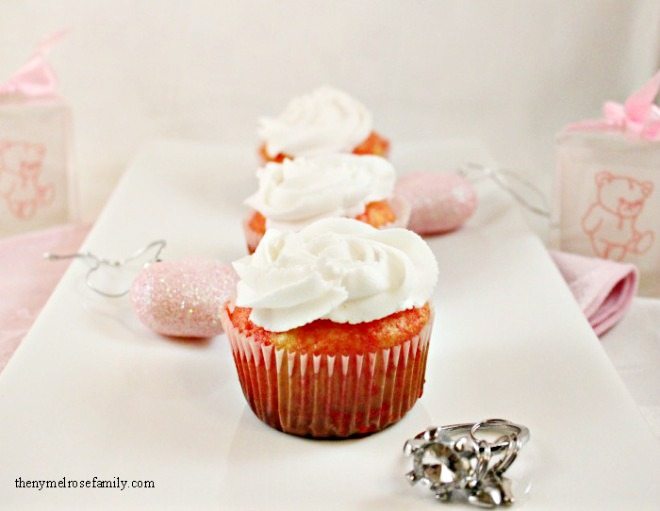 I used my go-to buttercream frosting to frost the cupcakes.  It is my four year old's frosting of choice as well as mine.  It's easy to make and you can adjust the sugar to your liking.  Plus, it's really easy to decorate with because it holds it's form well.  I used my 1M tip to create the rose look of the frosting.  You simply start from the inside of the cupcake and make a spiral with the frosting until you reach the outer edge of the cupcakes.

If you're looking for other Spring Desserts be sure to check my Dessert Index or check these cupcake recipes out.