Hey friends! It's Kristine from Kristine in between again - just stopping by with a new recipe for you. I hope you're sitting down though, because it's NOT a cookie recipe! I have something even better for you this week - a homemade, from scratch, quick and easy brownie recipe! 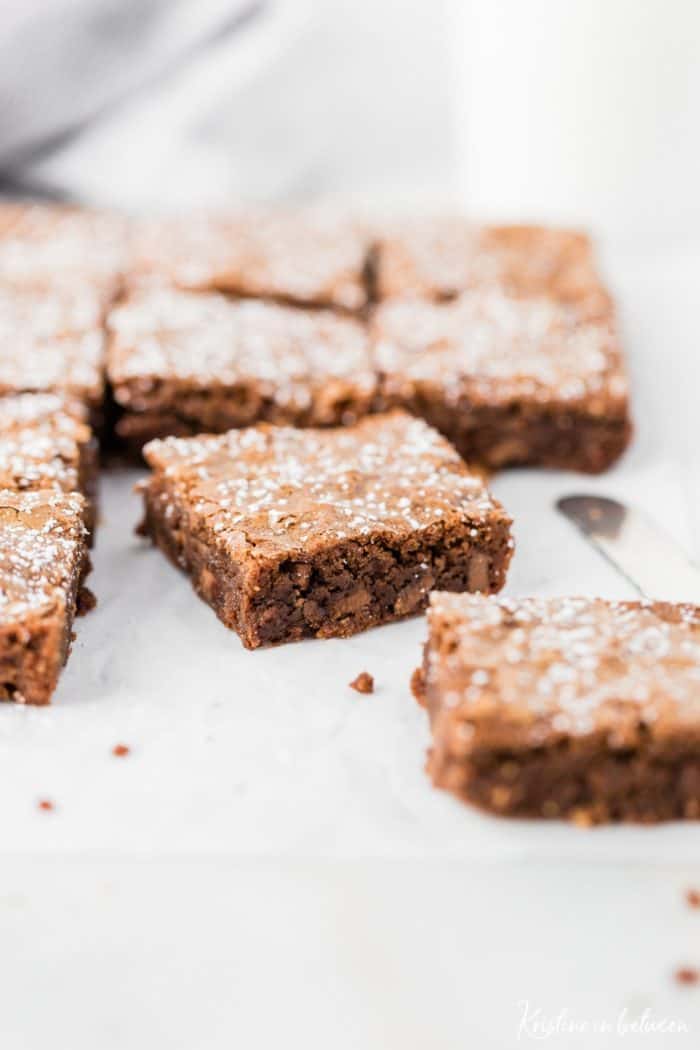 To be completely honest, I was never a huge brownie fan; I much preferred a good sugar cookie (as you know), but one day last week I got a wild hair to make a really good from-scratch brownie. I dunno why, but I've never done it before!

So I gathered up some ingredients and got to work. The first batch I made wasn't exactly what I was looking for. The brownies were thick, but cake-like and had very little chew. Bummer.

I wasn't about to give up that easily though, so as I sat at the kitchen table chomping away on my not-so-perfect brownies, which were still completely delicious, I brainstormed some new ideas.

I adjusted a few things with my previous recipe idea, added in some extra chocolate, strapped on my apron and went at it again. This time, I just knew I had a winner. 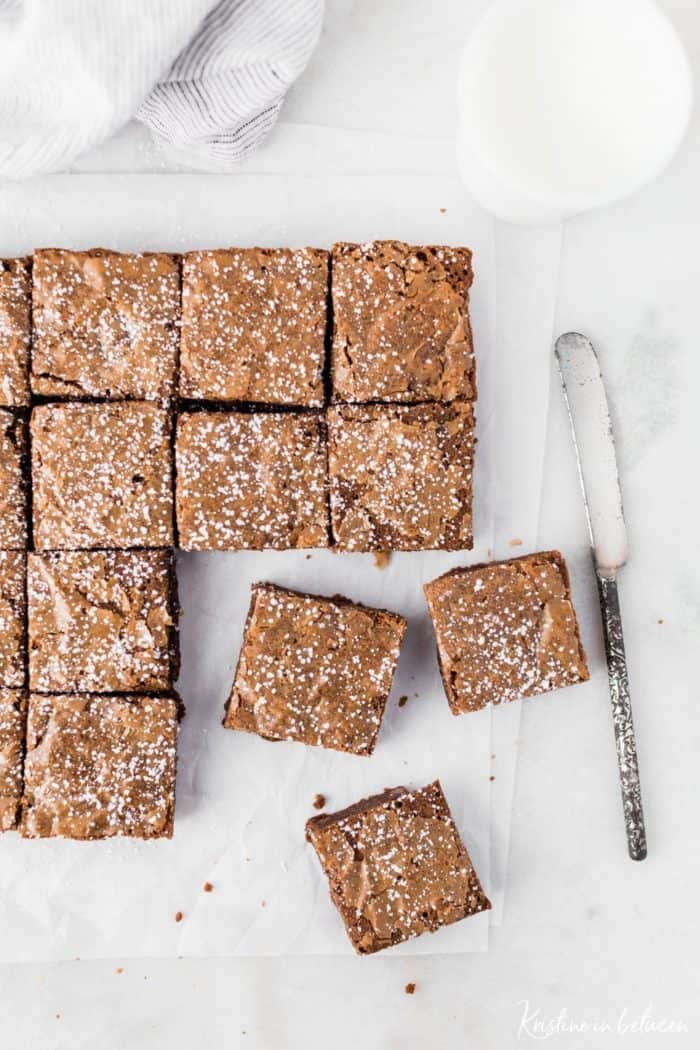 And I was right. When I pulled the brownies out of the oven, they were perfect. The center was slightly puffed up from baking and the edges were cracked and crispy. As the brownies began to cool off, the center fell and created the most delightful wrinkled brownie top you've ever seen!

The brownies themselves are the perfect chewy texture (win), and the centers of each brownie are super fudgy (also a win), and with the addition of the chocolate chunks, the brownies are super-duper chocolatey (biggest win yet). 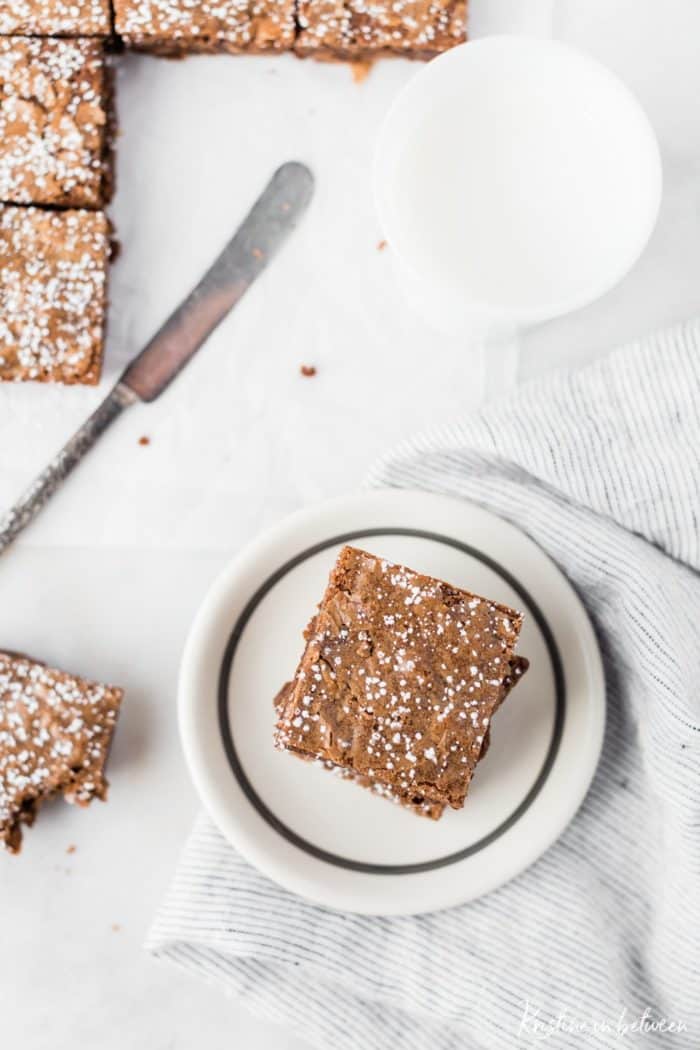 A few things to keep in mind about these quick and easy brownies:

And now for that recipe...

Hi there! I’m Kristine the cookie baker, photo taker, and fitness lover behind the food and lifestyle blog, Kristine in between. I believe in finding balance between health, happiness, & lots of homemade cookies!