One-bowl brownies the perfect recipe - dense and fudgy, dotted with half-melted chips, crispy, crackly top, and decadent enough that you’re actually satisfied after one. Using simple ingredients, make the perfect fudgy brownie without a ton of dishes. With my tips for making the perfect brownie, you’ll never be stuck with ehh brownies again. Ditch the boxed brownie mix and learn just how easy it is to make homemade brownies from scratch. 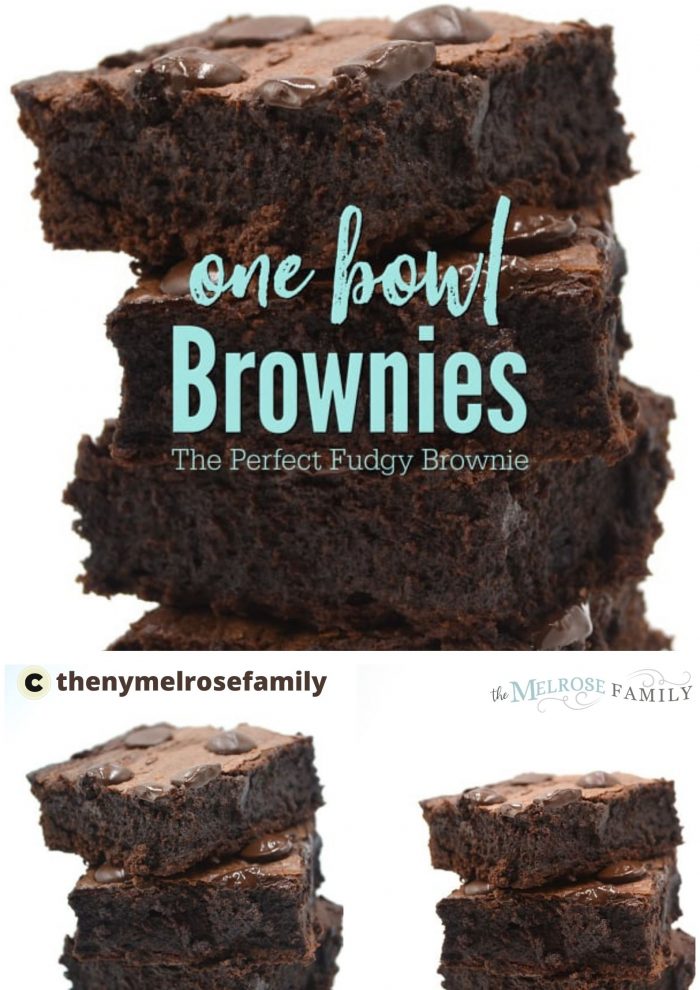 Hey, it's Morgan here from Morgan Manages Mommyhood. If you know me at all by now, you probably know that I try to stick to the healthier stuff. I do a lot of hidden veggie stuff for my kids, try to keep up with the whole foods and less sugar and blah blah blah.

But the truth of the matter is that I also have a KILLER sweet tooth. Like a really, really bad one. When my husband and I were first datings, I lost a lot of weight by eating better and cleaner. I started making my weekends “splurge” days and I would only eat sweets and junk those days.

Let’s just say, it didn’t end well. At all. I started getting emotionally invested in those splurge days, looking forward to them literally for food and not because it was the time I got to spend with my new then-boyfriend.

Long story short, I had a kid, then I had another, realized that staying perfectly skinny wasn’t good for me emotionally and now I eat brownies on Wednesdays.

The Hunt For The Best Brownie

For about a year I went on a hunt for the.best.brownie. You see, I grew up on boxed mix, guys. Duncan Hines was my jam and I love that crispy, crackly top that happens when you let them sit a bit and the super fudginess that happens when you don’t forget to take them out of the even at juuuuuust the right moment.

Do you know what’s the worst? Really, really wanting brownies and then realizing you have kids and zero desire to strap them in the car and buy brownie mix because you’re too lazy to figure out how to make them yourself. See: Morgan searching for the best brownie ever. 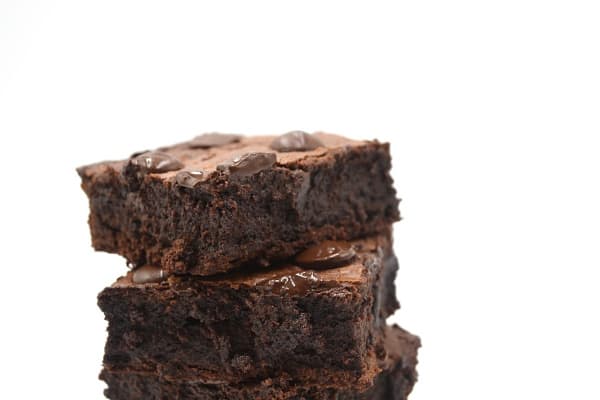 Tips For The Perfect One Bowl Brownies

These one-bowl brownies are everything you want in a perfect brownie - dense and fudgy, dotted with half-melted chips, crispy, crackly top, and decadent enough that you’re actually satisfied and good with just eating one, a trait just about nothing holds for me.

And since they’re one-bowl brownies you won’t be staring in dismay at your kitchen while they bake up. 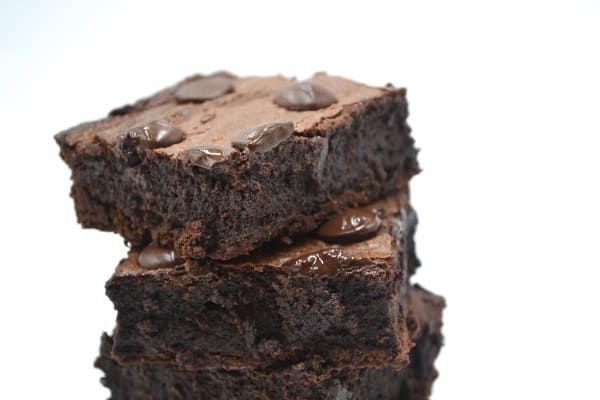 The recipe is pretty simple - the warm butter melts the chips and gives you a smooth consistency and dense texture flavor while the cocoa powder brings in the intense chocolate flavor you want in a brownie. If you use a microwave, you won’t even have to dirty a pan melting the butter. (though if you’re like me and live microwave free, it’s still totally cool to melt the butter on the stovetop.)

Even more, they’re the perfect recipe to make with kids since they’re pretty foolproof. Little love stirring in the flour and sprinkling on the chips while big kids could easily make them from start to finish on their own.

I included a simpler variation of these brownies in my Fearless Kids Cooking guide, which shows you how to get kids of all ages into the kitchen with you without the mess or the stress. The recipe included uses a food processor so it’s even easier. Make sure you grab your copy to get the recipe. 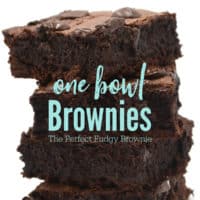 The brownies will NOT be cooked all the way through. Allow them to sit and cool at least 10 minutes. They will continue to cook a bit and firm up. 'Do NOT overcook brownies. They will become dry. Still delicious, but not as delicious as fudgy goodness. 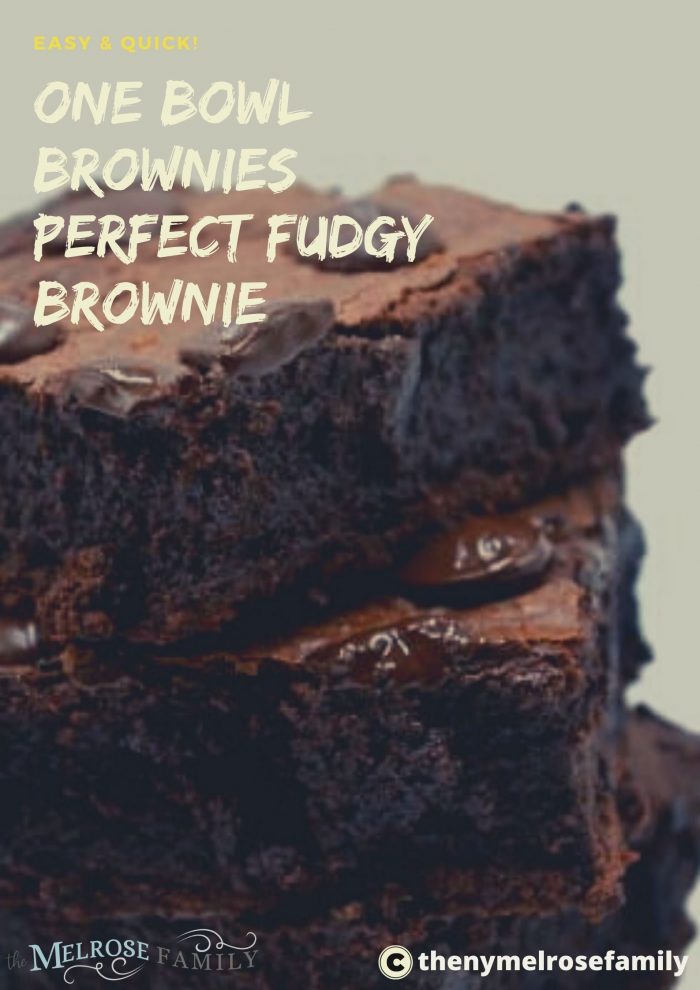 Okay so tell me - what’s your favorite boxed dessert? Do you love one-bowl desserts? Let me know in the comments!